Even better: John Waters has recorded a commentary track for the film! I don't even like Boom! but I still very much want to hear that

This Island Earth extras are impressive. Plus two aspect ratios to choose from.
Top

9/17
Fright
Straight on Till Morning

Isle of the Dead release has been pulled from the schedule

**ISLE OF THE DEAD Update**

We regret to report that we have removed the title from our schedule as we’ve run into some special circumstances that will not allow us to meet our originally previously announced and planned Aug release date. Currently, we do not have an estimated time frame in which the title might return to our schedule. Should it return in the future, we will re-announce it again.

It is rare for us to have to pull a title as you know and we sincerely apologize for any inconvenience and disappointment. If you have already pre-ordered it directly from us, you should have received a cancellation email. If you have any further question specifically about the order, please contact our customer service department at info@shoutfactory.com

^ Hopefully this doesn't bode ill for any other Lewtons they might have (my understanding is that Criterion apparently only took Cat People?).
Top

I'm still waiting for my favourites - The Seventh Victim, I Walked With A Zombie and The Ghost Ship - to turn up, so I hope nothing is wrong!
Top

This one's actually a delay from its previous 8/20 release.
Top

Does Going My Way signify a deal with Paramount?
Top

Specs for The Leopard Man revealed:

They might as well drop the Friedkin commentary unless they see value in someone giving a plot summary of what you can already see on screen. I don't hold Leopard Man in as high regard as I used to, but the 4k remaster is excellent news given the poor shape the old Warner DVD print was in. Please can we have a 4k master of I WALK WITH A ZOMBIE?
Top

The Leopard Man is not one of my favourite Lewton productions as an overall film either, but it does have an almost proto-giallo structure in the use of multiple killers, as well the ultimate form of the 'bus' sequence in the scene of the girl's nighttime journey at the behest of her ungrateful family! That's still a powerful sequence even now (kind of the expected pay off of the various stalking scenes in Cat People, only instead contained in an entirely different film!), and it seems likely that the ending of that scene inspired one of the darkest Simpson's gags!
Top

Finals specs have been released for Quatermass II and Quatermass and the Pit.

Two new audio commentaries for each film, plus the older ones featuring Nigel Kneale and the directors, as well as the older interviews and featurettes and newer ones.

Which means these are probably the definitive editions for these films, at least for some time to come. It even makes it worth double-dipping if one already has the UK BD of Pit. Andrew Keir justifies the expense since he is, along with André Morell in the TV Pit, the best Quatermass since the originator of the role and the supporting cast is excellent (Julian Glover is especially notable as an obdurate Army officer).
Top

Kim Newman's site mentions that he did an interview for a Shout Factory release of Let’s Scare Jessica to Death. Hopefully this is a sign that Paramount is opening up to licensing their catalog.
Top

Paramount produced the film and that WAC DVD-R was a part of the short lived deal for Warner to distribute Paramount's catalog.
Top

It's streaming on Amazon from Paramount and the WA disc is listed as OOP, so it looks like that deal has indeed ended. Of course if Shout has a deal with Paramount to release titles that already came out on DVD, they'd only be the second US label after Criterion to manage that. If that's the case, hopefully this means the floodgates open and we can start getting the other usual suspect labels releasing Blu-rays from Paramount's vast OOP DVD catalog
Top

A deluxe Blu-ray edition of Let's Scare Jessica To Death would be fantastic. It's a wonderfully creepy and atmospheric psychological horror of the type that reached its apex in the 1970s.
Top

Some October announcements: Private School, The Blob remake, and The Devil Rides Out.

A note about The Devil Rides Out, Scream has said that they scanned 20th Century Fox's elements, so the the original f/x will be presented.
Top

Hopefully To the Devil a Daughter comes as well at some point. Stacked with loads of extras that is.
Top 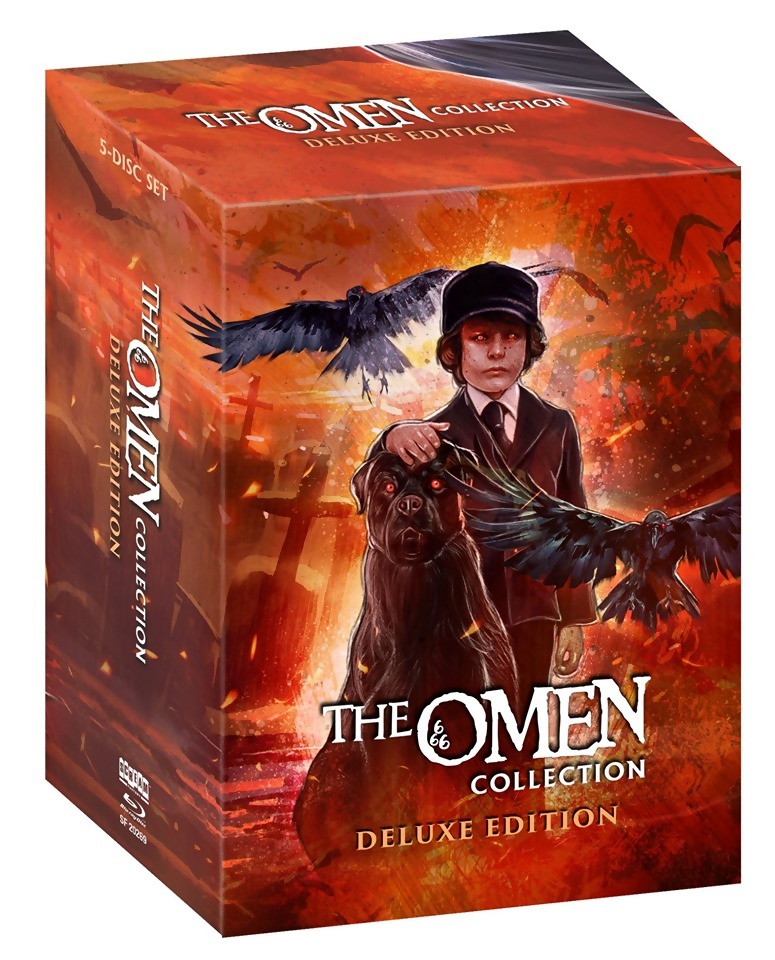 Fox already released all of these in their own Blu-Ray set (currently selling for all of $13 vs the $63 preorder price for the Shout), so I’m not sure what the point of this release is
Top

I guess completists might want this set for the tv movie Omen IV: The Awakening, which wasn't included in the Fox blu-ray set.
Top

It also has a new 4K scan of the original Omen.
Top
Post Reply
1550 posts