According to their Facebook page, their next Blu-ray release will be Lucio Fulci's The Beyond.
Top

-AND OTHER SURPRISES!
Top

Gone with the Pope Blu-ray/DVD combo coming in March.
Top Banned in 31 countries, CANNIBAL FEROX assaults your senses as a group of Americans lost in the jungles of Amazonia experience brutal retribution at the hands of blood-crazed cannibals. Shot on location in the savage Amazon wilds of South America, CANNIBAL FEROX is one of the most violent and shocking films ever made. There are at least two dozen scenes of barbaric torture and sadistic cruelty graphically shown. If the presentation of disgusting and repulsive subject matter upsets you, please do not view this film.

Cannibal Ferox itself is almost entirely without merit, but the Blu-Ray will be worth a purchase for anyone who doesn't already own the DVD for the commentary alone. Since they were recorded seperately Lenzi and Radice constantly contradict each other, with Lenzi giving an amazingly deluded self-congratulatory commentary while Radice utterly (and correctly) trashes the film, along with the experience of making it. Listening to the two personalities clash against each other is funny enough it almost makes the film watchable.

Including the full soundtrack is a great move as well, as it's easily the best thing about the film and stands up very well on its own.
Top You must have missed the part where they refer to the slipcover as 'Chilling'.
Top

Ah yes indeed. I was more captivated by the mini portrait of Fulci (suitable for framing !) and missed the "chilling" slipcover.
Top

You mean most people don't already have framed pictures of their favourite horror filmmakers sitting on their nightstand?
Top

colinr0380 wrote:You mean most people don't already have framed pictures of their favourite horror filmmakers sitting on their nightstand?

I do, but Fulci's one was actually the one that was missing to my collection !
Top

A limited run of 3,000 copies of the Blu-ray will include the official "I DRINK YOUR BLOOD Horror Hypo" - an actual syringe that fans can use to infect their friends with rabies! Supplies of the Horror Hypo are not expected to last long, so fans should pre-order from DiabolikDVD.com to get the best shot at receiving one!

Amazing! I was just thinking about what the easiest route would be to infect my friends with Rabies. Now if it would only come with friends, too, I'd be set!
Top 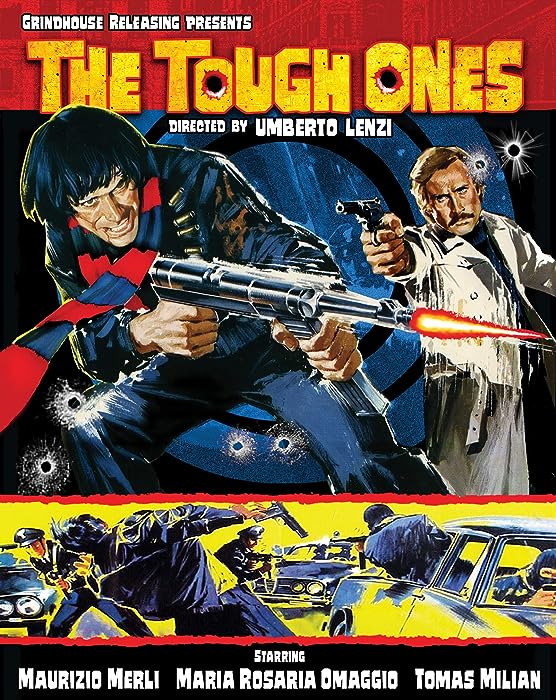 The Duke Mitchell Collection including Gone with the Pope and Massacre Mafia Style coming on Aug. 13th. Limited to 750 copies.
Top

No more expensive than companies like Arrow or Criterion though, surely?

Along with the above reissue (happy to see the Duke Mitchell films have done so well for them, considering the work that was done on them), Grindhouse have recently confirmed they're finally working on editions of Ice House, Scum of the Earth & Death Game.
They also seemingly found the negative for Hollywood 90028, though who knows what the plans are for it for now.
Top

The award-winning Grindhouse Releasing deluxe edition of THE SWIMMER is back, with a newly remastered CD of the original soundtrack album, and a beautiful embossed slipcover! Limited to only 2000 units!

Grindhouse Releasing is proud to present the ultimate late-'60s studio-produced cult film, THE SWIMMER. In his finest performance, Burt Lancaster stars as Ned Merrill, a man who confronts his destiny by swimming home, pool by pool, through the suburban nightmare of upper-class East Coast society. Based on the acclaimed short story by John Cheever, and directed by Frank Perry (DIARY OF A MAD HOUSEWIFE, MOMMIE DEAREST), THE SWIMMER is a film like no other, a feature-length TWILIGHT ZONE episode by way of THE NEW YORKER.

"A strange, stylized work, a brilliant and disturbing one. Burt Lancaster is superb in his finest performance. Four stars."
- Roger Ebert, Chicago Sun-Times

"Totally engrossing, thanks to its very strangeness, and to the superb performances and vivid location photography. Five stars."
- Geoff Andrew, Time Out New York

"Grim, disturbing and sometimes funny... the film has the shape of an open-ended hallucination."
- Vincent Canby, The New York Times