Has anyone heard any rumblings about a “Volume 2” for The Ealing Studios Collection on Blu-ray?

Volume 1 (Kind Hearts and Coronets / The Lavender Hill Mob / The Man in the White Suit) came out in 2014, and they’ve released plenty of stand-alone Blu-rays of Ealing titles since, so I’m curious about the delay. Has it officially been cancelled?
Top

Studio Canal is releasing Don't Look Now as a UHD/Blu-ray combo. Based on their infamous previous release, widely considered by many to be among the worst Blu-rays of all time, it's prob worth waiting to see more, but talk about a ballsy movie for a UHD release!
Top

Criterion's diac already boasts a 4K transfer from OCN approved by Mr. Roeg. So is there any reason to believe StudioCanal did something new here?
Top

This is a new different restoration, though there's no word here if it's better or not than the one used by Criterion. It'll be interesting however to compare it to the existing one, because it's recent, competently done, in 4K and approved by Roeg.
Top

Studiocanal also botched their HDR10 encodes for the Carpenter UHD titles so it will be interesting to see if they improve that here.

If this is anyway a competently produced disc (well outside of terrible cover art), will definitely purchase it, movie is a favorite.
Top

trailer for the restoration. I have to say it matches the look of Criterion's transfer to a great extent.
Top 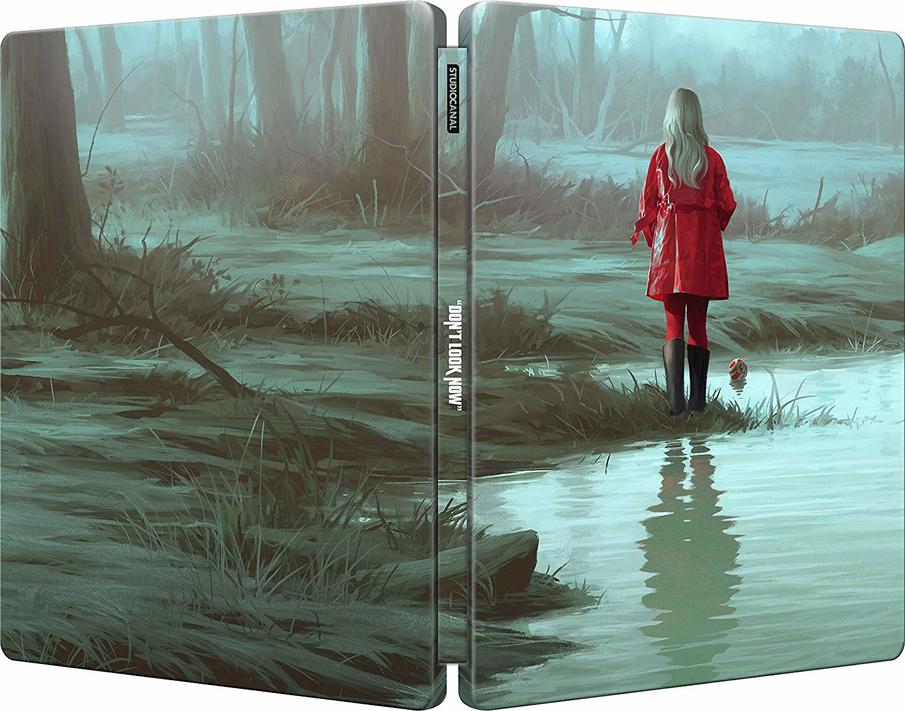 nitin wrote: ↑
Wed Jun 05, 2019 6:41 am
Studiocanal also botched their HDR10 encodes for the Carpenter UHD titles so it will be interesting to see if they improve that here.

If this is anyway a competently produced disc (well outside of terrible cover art), will definitely purchase it, movie is a favorite.

Yeah the ESCAPE 4k has major issues, the black bars at the top and bottom start flickering through much of the film on my OLED which is apparently a completely foolish encoding mistake on their part.
Top

Cocteau's Blood of a Poet and Testament of Orpheus slated for August.

EDIT: I did some digging and found both are from recent 4K restorations. Also, Studio Canal has Basic Instinct, The Son's Room, The Elephant Man all 4k restored and due for (re-)release.
Top

Angel Heart 4K UHD Blu-ray out this September, at least in Germany.
Top

I got the Blood of a Poet disc. It looks great and I’m very pleased to have it on BD, though I badly miss Criterion’s higher caliber of extras from the old boxed set which I checked out a while ago from the library. The half-hour documentary Canal includes is a nice primer but it’s so little to offer for such a brief film, and one that in my view benefited greatly from the added context. I may actually try to find a used copy of the Orphic box for my collection even though there are now Blu editions of all three films...
Top

The documentary "Jean Cocteau: Autobiography of an Unknown" from The Blood of a Poet and the short “La Villa Santo Sospir” from Testament of Orpheus are both available on the Criterion Blu of Orpheus. Not sure about the essays though.
Top

Marwood wrote: ↑
Sun Aug 18, 2019 6:38 am
The documentary "Jean Cocteau: Autobiography of an Unknown" from The Blood of a Poet and the short “La Villa Santo Sospir” from Testament of Orpheus are both available on the Criterion Blu of Orpheus. Not sure about the essays though.

Thank you, I probably should have checked that before posting!
Top

This does look impressive even on my non-HDR monitor/laptop screen. More titles like this might just tempt me to take the plunge.
Top

Searched this site, but surprised I couldn’t find a dedicated thread for Gaspar Noe’s Irreversible.It recently played in Venice in 2 cuts, the original & “the straight cut”. Anyone see the new version? Can’t imagine I would like it as it sounds like it undermines the premise of the film, but The Studio Canal press release states that both versions will be coming to blu-ray.
Top

Noé explained that he thinks the "reverse chronology might have gotten the focus of too many viewers who then missed some aspects of the story. By telling it now in a normal chronology, it's all very clear but also darker. It was so far a concept puzzle, it's now a diptych, like an old disc whose B face is a less conceptual version of the A face, with more intelligible voices, making the words' meaning more fatalist."
In this regard, it seems to me that on the contrary, it shifts the film focus from its gimmicky premises to its main story (which, for me, has actually always got my main focus).
Top

I saw Irreversible at a midnight screening as part of a SF horror/cult film fest before it was released in the US (the announcement actually stated that it probably wasn’t going to get released in the US so this was likely to be your only chance to see it). The theater was completely full, they had to turn people away. They also prefaced the film with a warning that someone had fainted the night before at its North American premiere in NYC (which was probably because of the strobe effect/epilepsy connection not necessarily from the content) which only heightened the (mostly horror fans) expectations of the audience. Having not heard anything about the film (except that I knew it wasn’t a slasher film as perhaps some in the audience might have been expecting), I was completely blown away from the beginning (with the credits really alerting you to the premise of the film’s structure. It played out like a mystery similar to Memento from the previous year & liked (but thought could have been better), but was much more effective in its use of the narrative structure & so I found it to be much less gimmicky than Memento. However, after the film, in discussing it with others (Noe was supposed to be at the screening, but something came up & he couldn’t make it) it became clear that many people had missed particular details in the plot and this lead to a debate over whether the film was homophobic (and that it was people’s misunderstanding of the chain of events in the film that led to this debate). So I can see the impetus for Noe wanting to restructure it for a broader audience. But for me, I was just so taken in with the film because of its structure that I was a truly in awe, which I rarely experience anymore when I go to the movies.
Top

Studiocanal will re-release a 4k version of Godard's Breathless in 2020.
Top

With or without HDR, I wonder. Given recent concerns with Sony’S new 4k It’s a Wonderful Life, it sounds like the crushed blacks and general loss of shadow detail are a probable consequence of over-application of HDR. It’s probably too early to speculate about this but there may be a very good reason to either temper or eliminate HDR in transferring 4k or 2k masters of Academy ratio B&W films to UHD.
Top

I assume you are referencing Deadline.com's article which does not mention anything regards UHD discs. 3 of the 5 titles they mention as 2019 releases certainly were not released on 4K discs.

Canal's policy about HDR seems to only use/apply it if the restoration is done under the guidance of a technical reference from the movie.
I wouldn't say the article is mostly about theatrical releases, but rather just Canal's curation of their catalogue and then, well, it depends on the market. I would bet on Elephant Man getting a video release (possibly an UHD), and Irréversible is already confirmed on BD.
But it's not different from a presentation I've seen by TF1 about everything they have restored (and wow there's lot of them, but so few with distributors or video labels to get them out).
Top

Are Kino's and SC's recent releases of The Holly and the Ivy Blu-ray cut? Beaver has the Kino at 80-81 mins and Amazon UK lists the SC at 80 mins, where three reviewers are lamenting the film being incomplete with "the children's nativity play attended by Ralph Richardson, and the scene in which Denholm Elliott leads some child carolers [...] still missing". Anyone know the history of this film and why these scenes are not present? Backchannels do have longer versions of the film too.

Britmovie is quite unhelpful and NitrateVille is little more so.
Top
Post Reply
1714 posts