Someone in the UK found a The Wolf of Wall Street card.
Top

Non-LE of The Vengeance Trilogy for Dec 9th.
Top

And a 2-BDs LE for The Exorcist 3 (Dec 9th too), with the Legion Cut on a dedicated disc and a 2K resto of the TC.

Vengeance Trilogy only lose the extra fluff but retains its 4 discs.
Top

What happens to those of us who pre-ordered the original Oldboy limited edition?
Top

The Oldboy LE got turned into the Vengeance Trilogy LE. This is what we who pre-ordered the original Oldboy limited edition will get.

This is the Vengeance Trilogy non-LE edition, ie the LE version minus the special packaging "featuring newly commissioned artwork by Matt Ryan Tobin", the 100-page hardbound book featuring new writing by Simon Abrams, Kat Ellinger, and archival articles and the double-sided fold-out poster. I however hope the LE packaging is relatively normal-sized.

I do wonder however, considering the LE just started shipping, why Arrow didn't put this in January, because some will probably cancel their LE to get the regular set.
Top

Thank you for the clarification. I suppose I got confused due to how I'm used to only LEs getting large boxes.
Top

It does look like this non-LE of the trilogy will just be the 3 movies in a big outer case, but nothing fancy at all that a LE. But yeah, with all the changes and delays, I understand it can become confusing at some point.
Top

Exorcist III is such a strange beast to me. When it works, it really works. But when it doesn't it really, really drags down the whole production. There's a particular sequence inside the hospital involving a bedsheet that's one of the great horror scenes.
Top

tenia wrote: ↑
Fri Sep 27, 2019 11:45 am
It does look like this non-LE of the trilogy will just be the 3 movies in a big outer case, but nothing fancy at all that a LE. But yeah, with all the changes and delays, I understand it can become confusing at some point.

I think what happened was they announced Oldboy LE with the same extras from the Plain Archive release, plus their own, but then it turned out they didn't have rights to those (as they might have been promised by whoever they were licensing from; must have been some miscommunication somewhere along the way). So rather than backtrack on the initial release by either cancelling or rescheduling it, they licensed the other two films in the trilogy and added them to the Oldboy LE - with the Oldboy title intact, since that film is what was advertised (and much of the literature, and indeed the artwork, would have already been produced for this release).

Then, seeing that it sold so well, they have planned a standard reissue of the three films for December, but this time had the chance to produce fresh artwork to acknowledge the films as a trilogy rather than it be an Oldboy-centric package. So basically, the discs are going to be the same but each have different artwork, and the Oldboy LE has a thick booklet and poster added (and at this time of writing, is even £4-5 cheaper than getting The Vengeance Trilogy).

By the way, David Mackenzie reportedly encoded the discs so nothing to worry about on that front!
Top

Another postcard announcement: Meliés' Le Voyage dans la Lune and the Bromberg doc about its restoration. Presumably it will also include the rest of the shorts on the Flicker Alley release? Feels like it really should be an Academy release, no? Weird it’s included in Oldboy
Top

I don't think postcards are only included in their respective branch's releases.
By the way, what's on the other side of these cards ? They usually have a patchwork of smaller artworks.
Top

Tenia, I believe the smaller posters are not on this new batch of postcards.

Speaking of them, The Game is apparently the latest postcard found in the Oldboy limited edition.
Top

Thanks for the answer. I thought I read something like this, but couldn't find the info again.
Top

Passion of Darkly Noon with new Philip Ridley commentary on it confirmed.
Top

Other titles confirmed by BBFC submissions:

So it seems a lot of the recent 'big' titles are generally from Universal or Morgan Creek. I therefore wouldn't be surprised to see them announce things like Carlito's Way, The Blues Brothers, Casino, Traffic, Out of Sight, The Breakfast Club, Cape Fear, The Frighteners, Clockers, Miami Vice, Uncle Buck and probably an Edgar Wright box set (or even better, a Coen Brothers one; Barton Fink, The Hudsucker Proxy, The Man Who Wasn't There). At this rate too I'd even wonder if they were allowed some Hitchcock (Vertigo? Psycho?) or Spielberg (Duel!), but they might be harder to crack since they're big Universal properties; also unsure if Scarface would be a possibility due to the UHD being released (including the original film in the expensive collector's set).
Top

I got a postcard for some Russian movie from 2018 called Why Don't You Just Die in my copy of The Prey.
Top 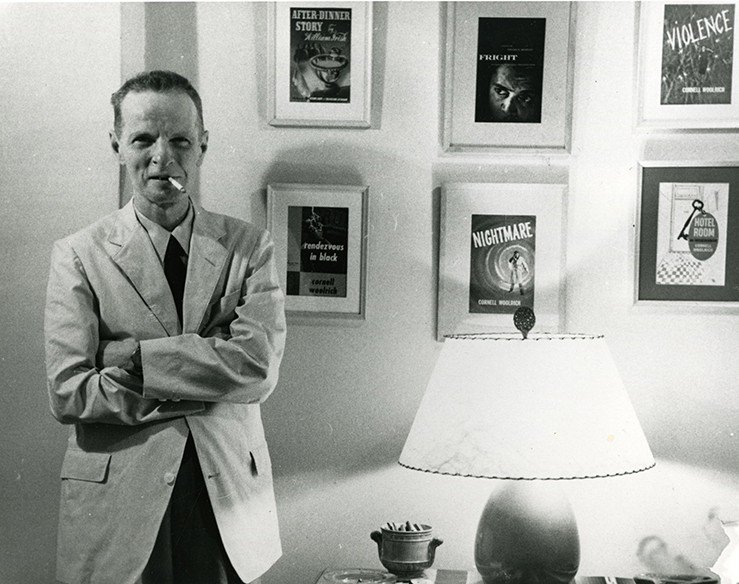 Since I'm noticing a lot of Cornell Woolrich titles in the picture, I'm guessing that one of the titles will be a film adaptation of one of his works.

I notice that IMDB list 116 films and TV shows based on the writings of Cornell Woolrich under his various noms de plume.
Top

SpoilerShow
Black Angel it is.
Top

And... that's actually it !
EDIT : " Brand new restoration from original film elements by Arrow Films". This doesn't help. In what resolution ? From which film elements ? Is it in 2K from an exploitation print or in 4K from the OCN ?
Top

After such a sad 2019 slate I didnt think Academy would start 2020 on such a whimper (this is more of a knock on the quantity and dearth of boxsets as I like Black Angel and a few of their 2019 titles).

The purse strings must have been tightened in favor of the Video line which no doubt sells more copies.
Top

It always seemed to me the Academy branch sells way less than the Video one. The question : does it sell way less or does it also barely sells anything ?
Top
Post Reply
1509 posts

Return to “Arrow Rumors and News”