And after 8 years, here it is from DVDDrive-In: 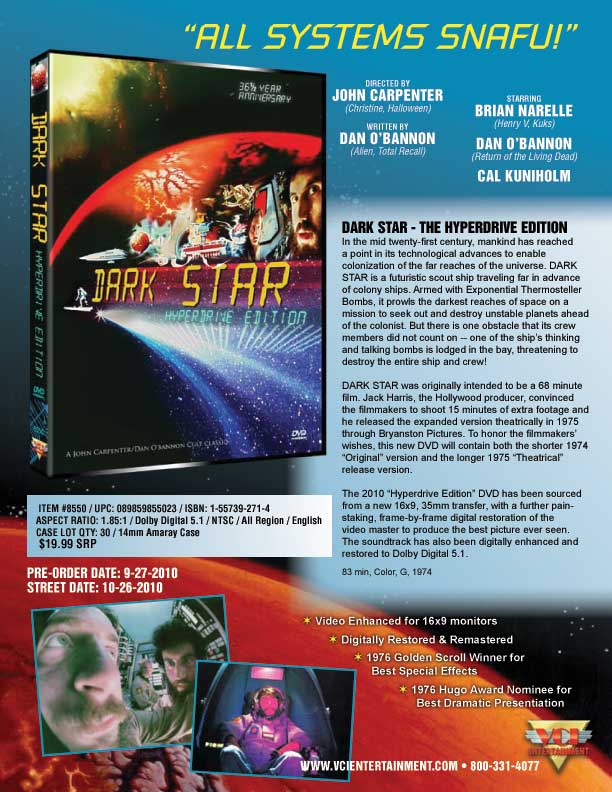 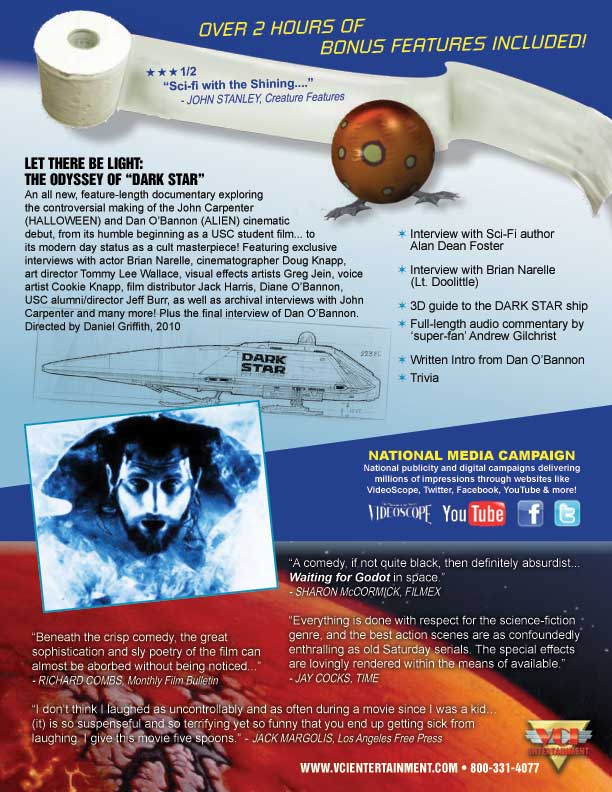 Looks like DVD only... after 8 long years (!) following the announcement of this one, kinda disappointed they aren't going Hi-Def with it...
Top

I had written this one off, but this is great news! I too wish that a Blu was also being pressed. Great movie, so clever, so goofy!
Top

I'll believe when I see it, but for now I'll happily wait in anticipation. While not top of the line Carpenter this is still one of the more fun movies out there.
Top

I recieved this today. The biggest improvement in this new transfer is the color which is more vibrant and detail has been improved too. It generally looks like an optimal 16mm-origination transfer. The 5.1 sound is pretty good too, but with little directional seperation. The subtitles are large-ish and white. I haven't viewed the extras yet. A thoroughly enjoyable film.
Top

I'm surprised there's no warning about strobe lighting effects - the film always had one when it's been shown on the BBC.
Top

Man, I got impatient with the main feature and jumped right into Let There Be Light, which has been fascinating so far. I had no idea that Carpenter went to USC or any sort of film school for that matter. His work screams, This is what you're not supposed to do in movies!
Top

I can't tell if you mean that to be a compliment or an insult.
If only more genre filmmakers followed Carpenter's lead and did "what you're not supposed to do".
Top

I meant it neither as a compliment nor insult; Carpenter seemed deliberately to have formed a style of unorthodoxy in terms of content and approach seen from this film onward. I never saw his films as a departure from the conventional in terms of form but, at the very least, the vantage point of his protagonists skew the narratives almost by default. He set out to make films that flip the script a bit. I wasn't all surprised to hear how he admired filmmakers like Buñuel (compare devices like the severed walking hand in Exterminating Angel to the Beach Ball Alien - which, apparently George Lucas hated but is still funny - in Dark Star!); directors who reveled in a kind of absurdist look at societal norms.
Top
Post Reply
9 posts • Page 1 of 1