Discuss DVDs and Blu-rays released by Criterion and the films on them. If it's got a spine number, it's in here. Threads may contain spoilers.
Post Reply
63 posts
Message
Author 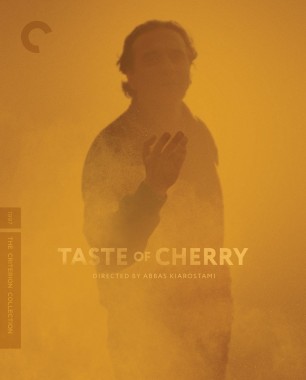 The first Iranian film to win the Palme d'Or, this austere, emotionally complex drama by the great Abbas Kiarostami follows the middle-aged Mr. Badii (Homayoun Ershadi) as he drives around the hilly outskirts of Tehran looking for someone who will agree to dispose of his body after he commits suicide, a taboo under Islam. Extended conversations with three passengers (a soldier, a seminarian, and a taxidermist) elicit different views of mortality and individual choice. Operating at once as a closely observed, realistic story and a fable populated by archetypal figures, Taste of Cherry challenges the viewer to consider what often goes unexamined in everyday life.

Wow, who would have thought a film about a guy asking to be buried would be this exciting.
I do have a question in, what was up with the last minute or so. It looked like an out take from the set. Did it serve any purpose?
Top

Uh-oh. This whole issue has been thrashed out at length at least once before, but that must have been before the last forum crash.

I'm not a fan of this coda and think it mars an otherwise great film (briefly, by making explicit certain themes that are teased out with extraordinary subtlety in Kiarostami's preceding three films), but others have different opinions. There was a story that the coda was added after the film's Cannes win, but I can't remember if this was verified or disproved.

Anyway, if you liked this, track down his other (fantastic) 90s films immediately. Close Up and The Wind Will Carry Us are out in excellent editions in the UK. You'll need to be more resourceful to see his other 90s and earlier work, but it's well worth the effort. This century, with the exception of 10, his work tends to get more installation-like and less narrative. It's fascinating stuff, but may be harder to get into without the grounding of his earlier films.
Top

I think I'll pick up the eclipse they have for him first since it's real cheap at the Fry's down the street. Also do you mean his recent films are less good are just very different, or difficult to get into?
I think from now on though, I'll just turn off the DVD when it turns black because even with your sort of explanation it comes off as a Being There.
Top

Ditto Anna Kampion. Not part of the Koker trilogy.
Top

It's getting more and more obvious that those breathalyzer/interlock devices aren't as reliable as they should be.
Top

zedz wrote:There was a story that the coda was added after the film's Cannes win, but I can't remember if this was verified or disproved.

The coda was most definitely in the Cannes version -- it's mentioned in the Variety review published during the festival.

If it's any consolation, Kiarostami himself wasn't too wild about the conclusion and dithered over it for months (the film would've premiered at Venice in '96, but he couldn't come up with an ending at the time). When it did screen in Italy, he had the coda removed as an "experiment."
Top

The coda is entirely integral, and AK has remarked the ending of TASTE OF CHERRY "hides a greater truth"...

The home video footage behind the scenes of performer, director, crew and soldiers, can be simply interpreted as a self reflexive reminder of the artifice of filmmaking, emphasising that this is only a tale, and there is life beyond the cinema screen... But on a deeper level it also projects a vision of a life beyond death, a resurrection, a rebirth, or even an allegorical heavenly paradise... Note this video coda is shot in the lush rich fertile green of spring (in stark contrast to the scorched, arid, dry and barren landscape through which Mr Badii drives for the rest of the film) ... Indeed the chapter heading for the coda section on the MK2 TASTE OF CHERRY/LA GOUT DE LA CERISE is 'Un Autre Monde' - another world... In the 'idealised vision' the soldiers who previously marched with guns, now relax in the grass, benignly playing and picking flowers etc.... And on the soundtrack a piece of Western music - Louis Armstrong playing the classic New Orleans jazz funeral elegy 'St James Infirmary' by Joe Primrose - it begins slowly, plaintively and soulfully mourning, but quickly moves into a richer more joyous musical celebration of the deceased's life, another rebirth and resurrection... Yet again maybe this rebirth and resurrection is a change of mindset which leads us right to where we are, alive still and spurred on to existence exemplified by the taste of cherry on the taste buds - an idea based on Cioran, that by considering suicide the individual can develop a reason for living... Either way the film celebrates life...
Top

I saw it for the first time a few nights ago, and couldn't make heads or tails of the ending until I read about it—which left me with some possibilities, if not a definite answer. My own reaction was that the suicidal character had gone into his perhaps-grave and was imagining what the end of his life would look like if it were made into a film. I suppose that would point to his suicide being selfish, driven by a need to feel important, a star. Which doesn't jibe with how I felt about him throughout the film, so I don't know why I felt like I did. He's enigmatic, sure; but sympathetically-so.

I was also confused by the man's first passenger: the young soldier. Not sure what those scenes showed, other than the plight of one of many different ethnicities in Iran. The seminary student had the theological argument, the older man had the wisdom and the shared experience. Does a similar suicidal fate await the young one?

Overall, I was interested, certainly not bored, had fun afterwards, thinking. But I wasn't thrilled enough to get angry at Ebert's dismissal of the film, either.

Must mean: more Kiarostami for me, I'm not learn'ed enough in his ways yet!
Top

In response to the young soldier in the beginning. I always felt that he was to show how youth is scared of death; they can't understand it. How he just gets up and runs off at the mere idea, while the older men (especially the final) aren't frightened of it and use reason rather then a primal response.
Top

None of the characters, in shooting, the Soldier, the Seminarian, Mr Badii etc, are sitting alongside their dramatic counterpart in the vehicle when they are speaking - Kiarostami shot them singly, and always it is he who is the other character posing questions from the opposite seat of the car off shot... In editing then, he marries their answers to form the conversations we see in the film, excising his questions and responses... Thus he elucidates the dialogue...
Top

The one interview on And Life Goes On has clips from this film and they look to come from a new restoration. Would have probably made sense to release it along side this but maybe this means it could be coming sometime soon.
Top

Didnt Kiarostami’s film confirm that all his films are being restored and coming via Criterion at some point?
Top

This was restored in 4K as part of the Kiarostami tour, so yeah, it’ll be in the pipeline eventually, though we all know Criterion is weirdly patchy with some filmmakers getting releases almost every other month and others with several year gaps in between.
Top

I wonder if Criterion released the Koker Trilogy on its own because they did those restorations themselves and are still planning a boxset that will, at the very least, have all the titles done by mk2 and L'Immagine Ritrovata or, at the most, all of Kiarostami's films.
Top

FWIW, Criterion’s DVD-only release of A Taste of Cherry is now Out of Print.
Top

Uh, this Criterion page seems to have been updated recently 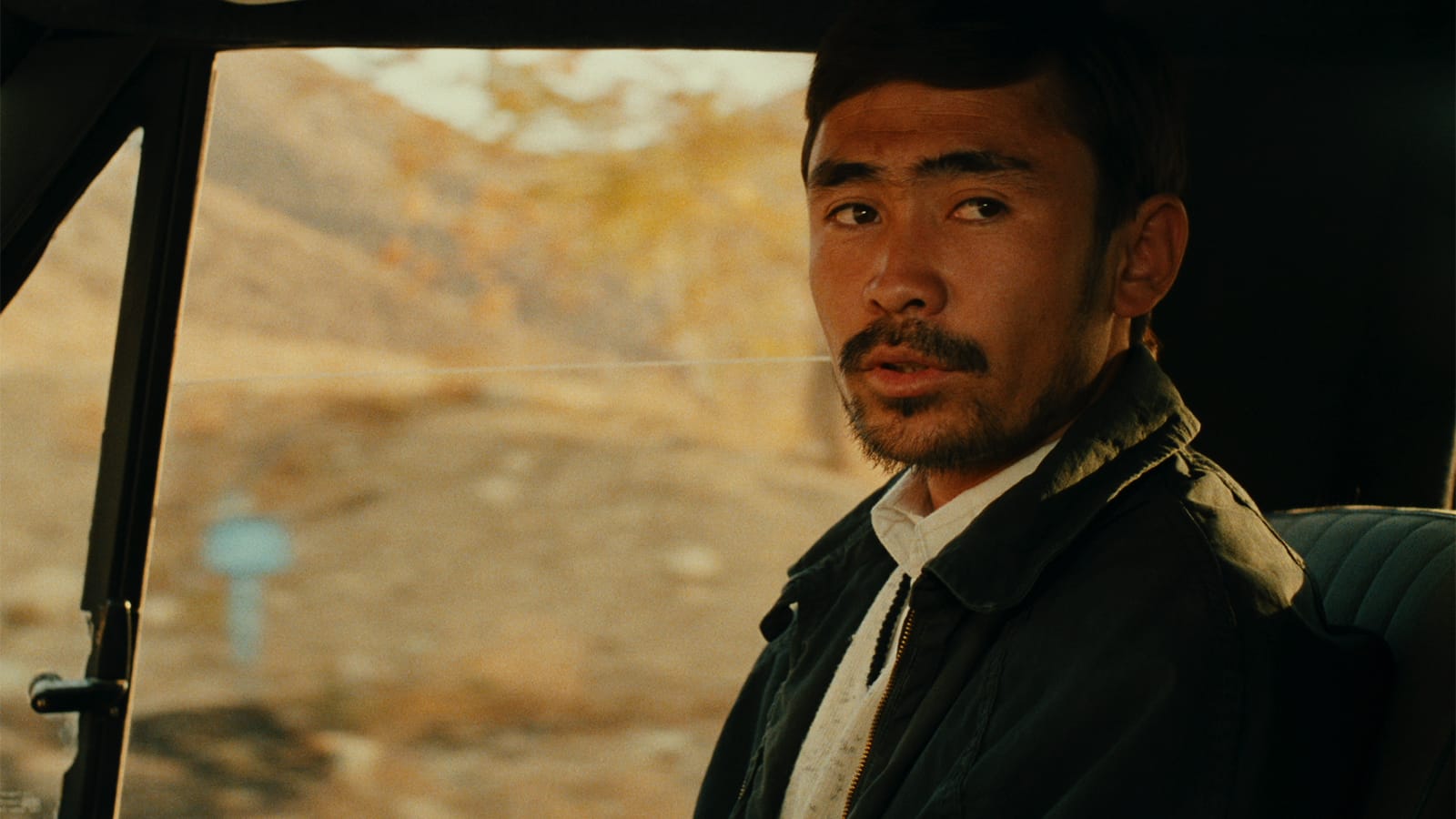 Huh. Looks like the same old page when I go there. Glad if a rerelease is coming, though.
Top

Like with Lady Eve, it appears there are new pix and an HD trailer. Bring on the month of upgrades! If this is the month that Written on the Wind’s Blu finally comes out after years of me guessing it every month but this one...
Top

21 years later, this is the longest gap ever between editions.
Top

Interesting to note that this does not have an updated DVD coming alongside the Blu-ray.
Top
Post Reply
63 posts